No clutch was made to last forever. The disc wears as the miles accumulate. City driving and sitting in traffic with lots of shifting is always harder on the clutch than motorway driving. Aggressive driving, pulling trailors or simply leaving your foot resting on the clutch as you drive can also accelerate clutch wear.

The worst thing a driver can do is leave their foot resting on the clutch as they drive. This is known as ‘riding the clutch’.

Slipping the clutch constantly when starting out or driving will send the temperature of the clutch soaring. When the temperature rises this causes the facings get too hot, they may start to burn giving off a burning odor. As the clutch isn’t given time to cool, the disc may be ruined along with the flywheel and/or pressure plate.

When a clutch starts to slip, it  will be most noticeable when the engine is under load, i.e., when starting out ,when accelerating up a hill or passing another vehicle The more the clutch slips, the higher the temperature will get and the more it wears. This accelerates the problem even more and may result in additional damage to the flywheel and pressure plate.

The pedal may also feel soft and have less than normal resistance. Slave cylinders develop leaks more often than master cylinders because the slave cylinder is the lowest point in the system. Any rust or dirt in the hydraulic fluid is therefore more apt to settle in the slave cylinder where it can cause seal problems.

Some vehicles use a second set of springs in a two-piece “dual mass” flywheel. A dual mass flywheel has a series of springs mounted sideways between the primary and secondary flywheels. This provides more vibration dampening and eliminates excessive transmission gear rattle for smoother clutch engagement and operation

Diagnosing clutch problems is difficult unless you have been trained because a lot of different problems can cause the same kind of symptoms. Chattering when the clutch is engaged can also be caused by a warped or grooved flywheel, missing flywheel dowel pins, a worn pilot bearing/bushing, a worn bearing retainer, worn or damaged clutch disc or input shaft splines, bent or broken drive straps on the clutch, a bent or distorted clutch disc, a loose clutch cover or even missing flywheel dowel pins.

If the clutch does not release completely when the clutch pedal is fully depressed, the disc will continue to turn the input shaft. This may prevent the driver from shifting the transmission from neutral into gear, cause grinding when the gears are changed, or cause the engine to stall when coming to a stop.

A clutch that won’t release may have a misadjusted linkage, a broken or stretched release cable, a leaky or defective slave or master clutch cylinder, air in the hydraulic line or cylinders, corroded, damaged or improperly lubricated input shaft splines, a worn pilot bearing/bushing, a worn bearing retainer, bent or worn release fork or pivot ball, bent clutch drive straps, bent or distorted clutch disc, a clutch disc that was installed backwards, or mismatched clutch components (if the clutch was just replaced).

Other things that can cause the clutch to drag or not release include heavy gear oil in the transmission that’s too thick for cold weather, defective or worn clutch pedal bushings or brackets, or flexing in the firewall or any release component attachment point.

Advantages Of Having A Manual Gearbox

We are proud to stand over our work and we uniquely offer an 18 month warranty on our work.

We offer free collection and delivery within the M50 corridor 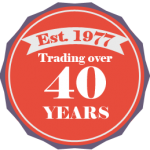